HOW IT WORKS
HOW TO USE
BENEFITS
Order Now!
You've Never Tasted
Apple Cider Vinegar Like This!
100% Natural.
Boosted with PreBiotics and Açaí Berry
It's SERIOUSLY DELICIOUS
with a sweet and zippy flavor. 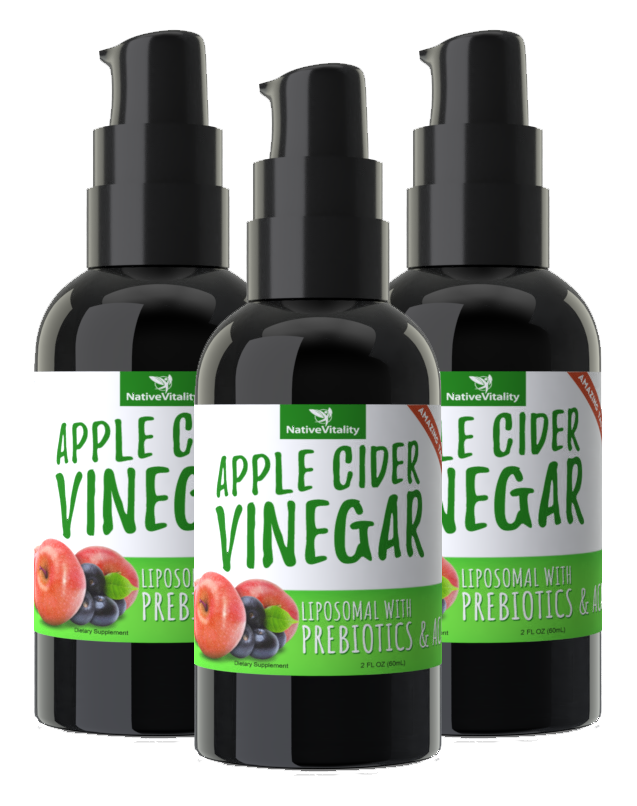 "Apple Cider Vinegar is the star ingredient to help you KICKSTART your diet into HIGH GEAR" - Dr. Oz
- WHY OUR APPLE CIDER VINEGAR IS BETTER -
100% Natural with Health-Boosting Benefits
Enhanced with PreBiotics

Prebiotics to allow specific changes to take place, both in the composition and activity of the gastrointestinal system. They play a fundamental role in preserving health by maintaining the balance and diversity of intestinal bacteria, especially by increasing the presence of “good bacteria” called lactobacilli and bifidobacteria.
Because the health of our gut is closely tied to many other bodily functions, prebiotics are important for battling inflammation and lowering whole body disease risk.2 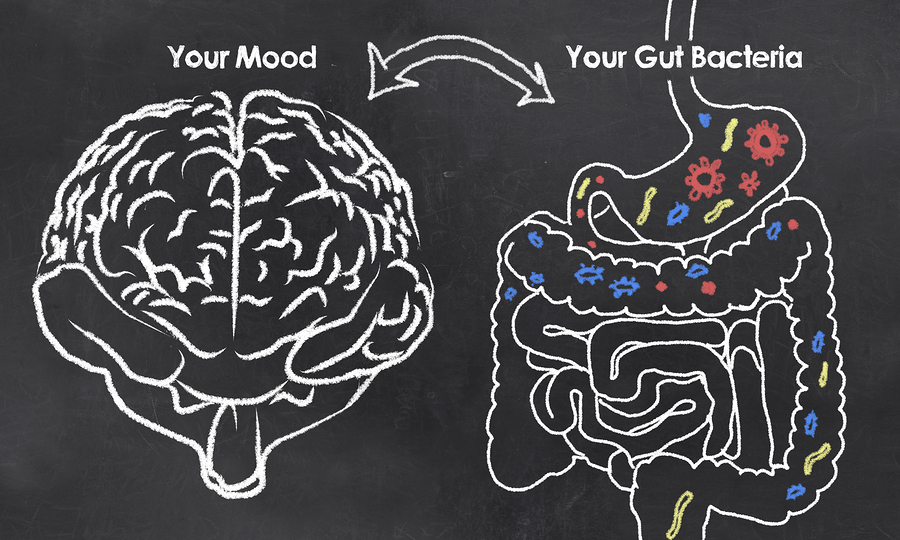 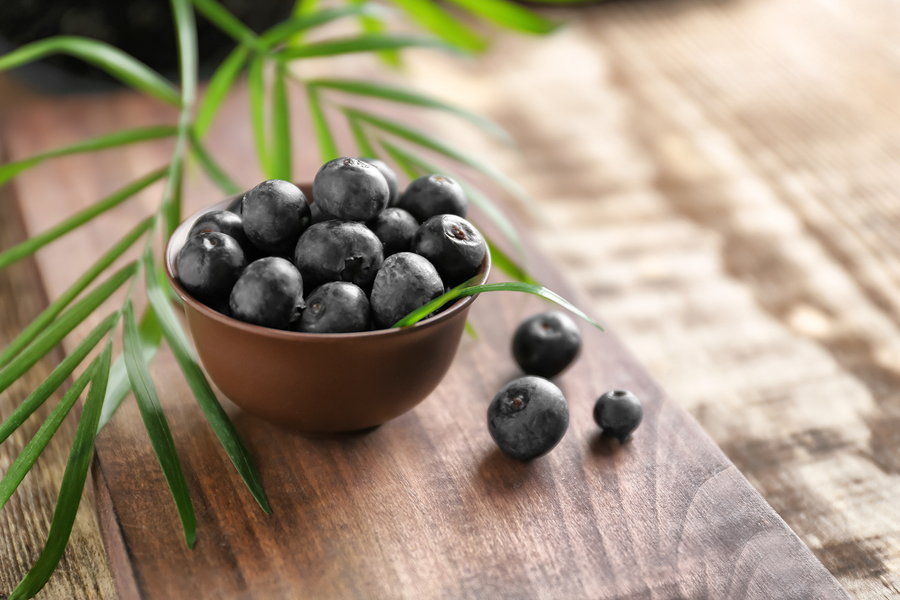 Thanks to their high antioxidant content, açaí berries have many potential health benefits. They're loaded with powerful plant compounds that act as antioxidants and could have benefits for your brain, heart and overall health. They also deliver healthy fats and fiber throughout the body, acting as a superior superfood.3 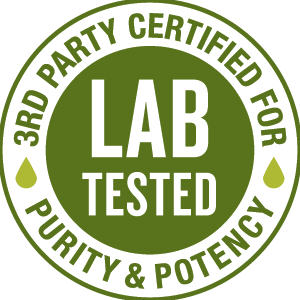 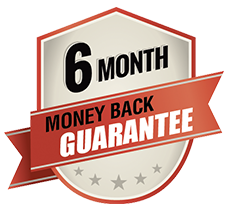 6 Month Guarantee
We know our Apple Cider Vinegar is the BEST - thats why we protect you with a full 180 Day Guarantee
- WHAT IS LIPOSOMAL -
Mother Nature's Best Kept Secret...

These “bubbles” protect nutrients so they can be delivered directly into the baby’s cells.4

We partnered with Dr. Blair Ph.D.,
He is an award-winning scientist and one of the world’s foremost authorities on liposomes.

Your body gets the maximum absorption of pure, non-degraded nutrition with optimal cellular bioavailability. However, once they are finished delivering the ingredients, they become nutrition for your brain, liver and cells.

Through clinical studies, we are now able to demonstrate astonishing bioavailability, and efficacy in human trials, for nutrients wrapped in liposomes. Our Apple Cider Vinegar is produced in the only Certified Liposome Manufacturing facility in the USA.

Nature has given us a unique tool to thwart the destructive acids in our stomach, called liposomes. The liposome protects nutrients through the stomach into the intestines, where much higher concentrations are made available to the body.

We only use the finest natural, non-GMO sunflowers to derive our lipids. Our liposome manufacturing process does NOT use heat or pressure, which can damage or alter the lipid structure.

Since liposomes are made of the same material as most cells, your body recognizes them as a friendly substance. They are easily absorbed into the bloodstream through the mucous membranes in your mouth and digestive tract.

"Because the health of our gut is closely tied to many other bodily functions, prebiotics are important for battling inflammation and lowering whole body health risks."2 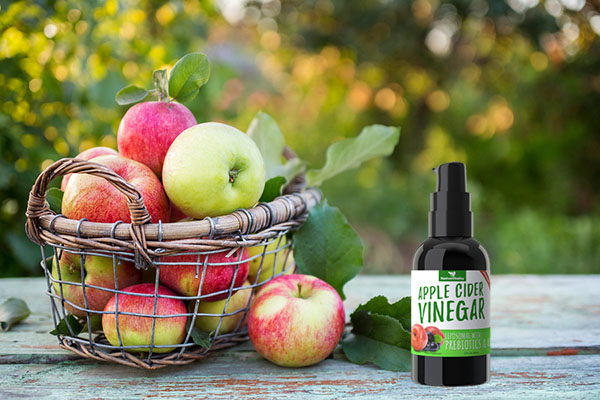 HOW TO USE Our Apple Cider Vinegar

Take 8 pumps in the morning for overall health OR for metabolism/blood sugar, take 2-3 pumps before each meal. No Mixing. Directly on your tongue.

Only 2-3 pumps of our Liposomal Apple Cider Vinegar before each meal may help boost metabolism - as the study out of Arizona recently mentioned, it's been scientifically shown to increase satiety.
A study published in Bioscience, Biotechnology, and Biochemistry showed that participants who consumed ACV for 12 weeks saw an increase in their metabolism.

Other research out of Japan found similar results in participants who drank ACV every day for 12 weeks a lower BMI as compared to those who didn't drink apple cider vinegar.5 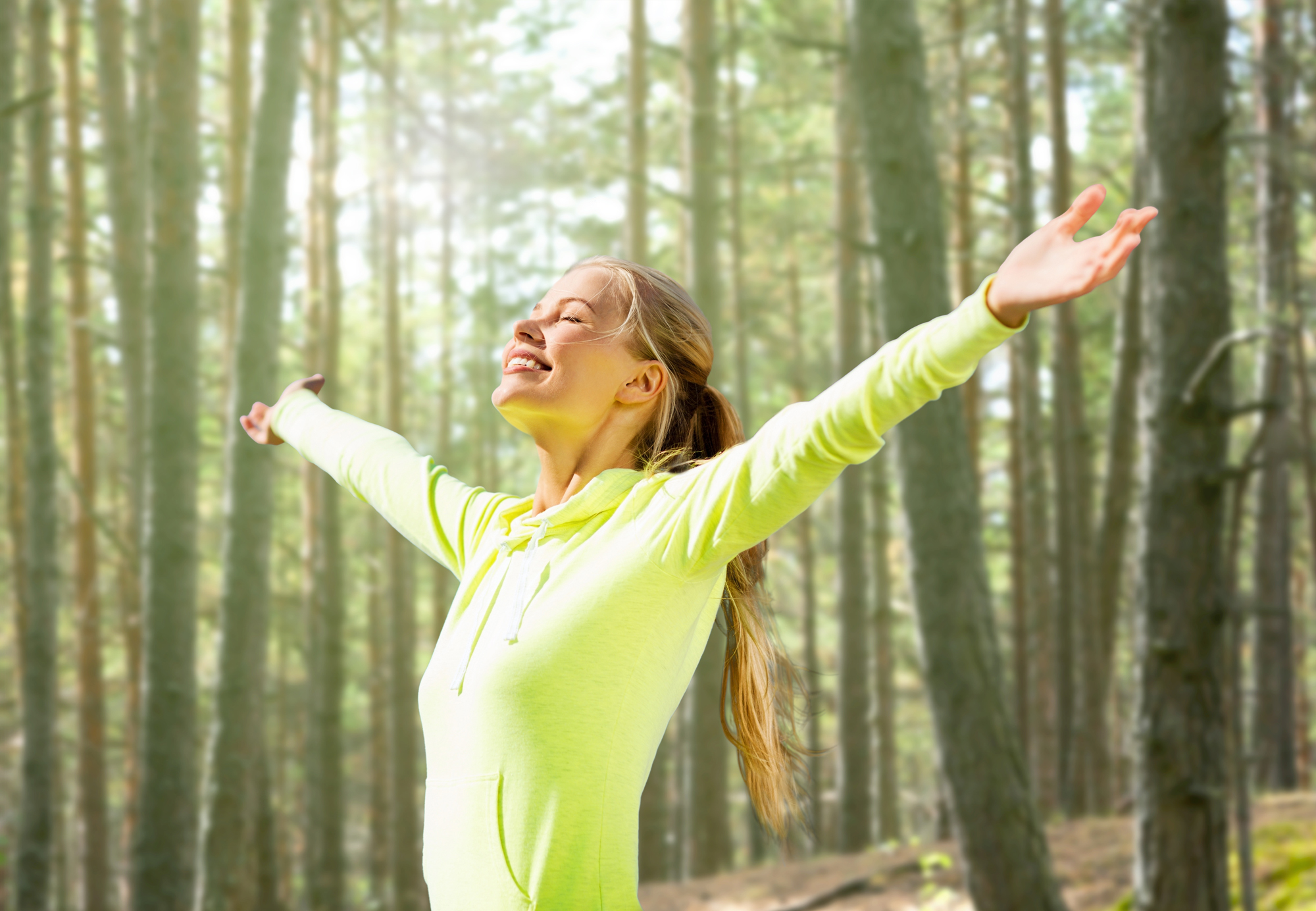 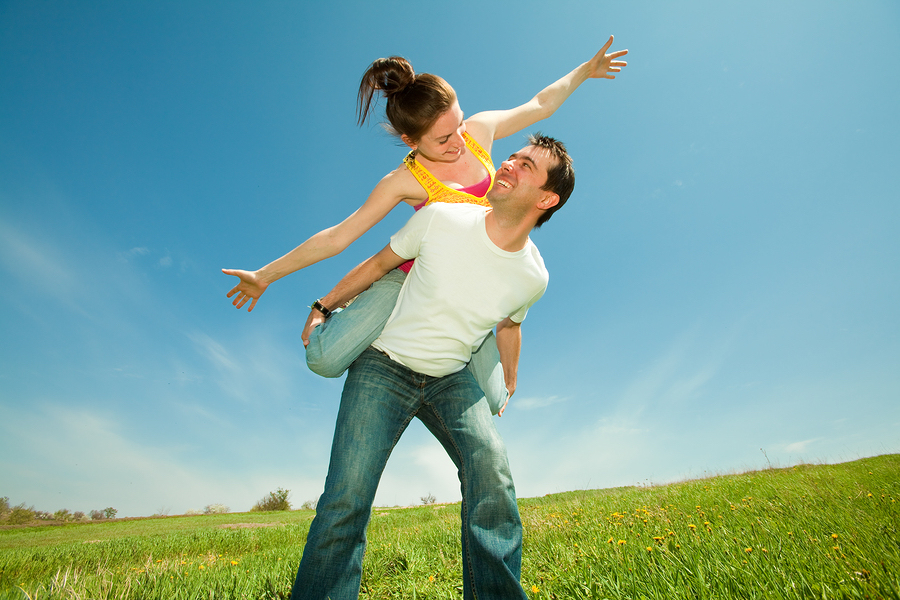 A study conducted out of Arizona State University by professor and director of the Nutrition Department Dr. Carol Johnston supports the therapeutic effects of drinking apple cider vinegar, particularly those who are at risk for type-2 diabetes.
The authors of the study, which was presented at the 2013 Experimental Biology Conference in Boston, noted, ingesting apple cider vinegar at meal time could increase satiety and reduce postprandial glycemia, both metabolic effects may benefit those who struggle with prediabetes as well as diabetes.

In addition to lowering blood pressure, which lessens the risk of heart disease, drinking ACV could help increase HDL, or "good" cholesterol, according to a 2006 study reported in Medscape General Medicine. Other research, published in the Journal of Agricultural and Food Chemistry in 2011, also confirmed these findings, and researchers also discovered that ACV could help control triglycerides.
ACV is also believed to contain the antioxidant chlorogenic acid, which has been scientifically shown to protect LDL cholesterol particles from becoming oxidized, a key step in the process of heart disease.7 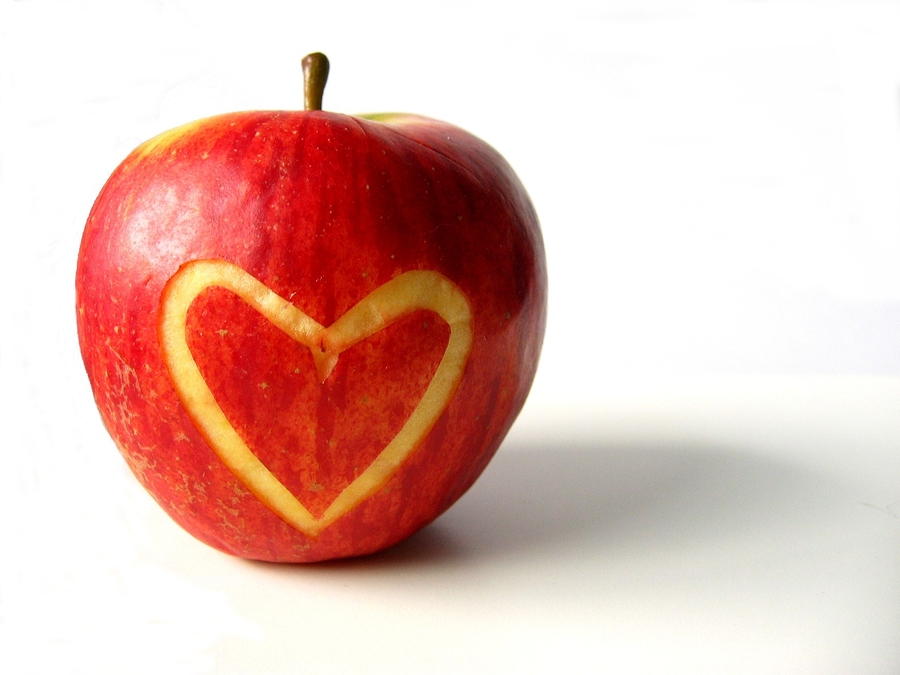 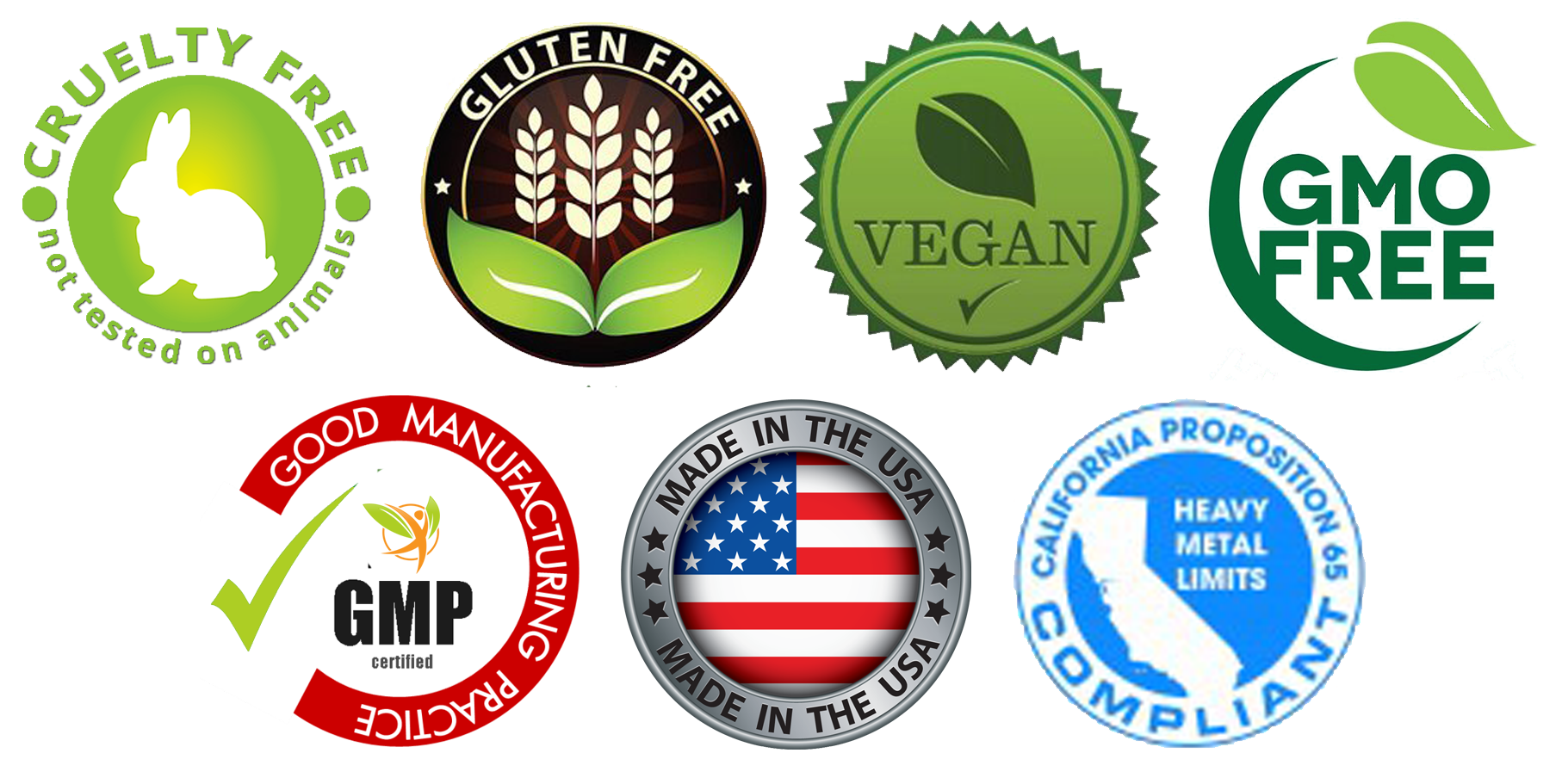 LIMITED TIME
Special Pricing...
We are offering a ONE-TIME discount for our customers that want to be the first to get their hands on this AMAZING TASTING
Liposomal Apple Cider Vinegar...
- SUPERCHARGE YOUR BODY. TRY NATIVE VITALITY LIPOSOMAL APPLE CIDER VINEGAR TODAY -
Special Pricing...
Order NOW!
30 Day Supply 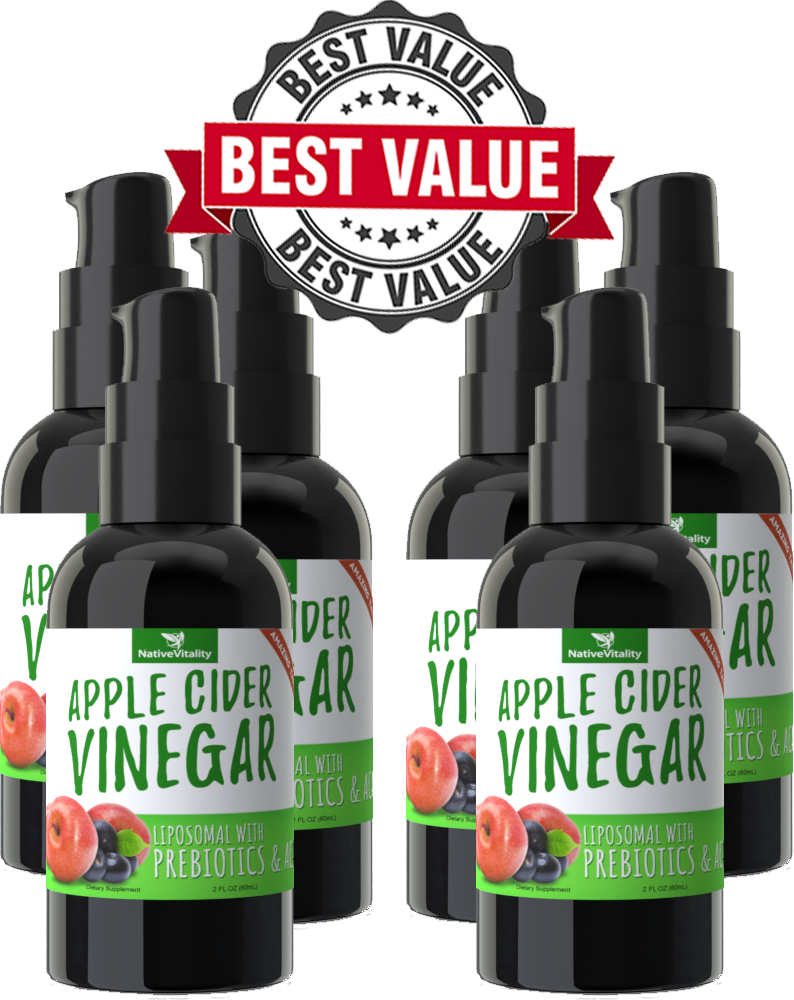 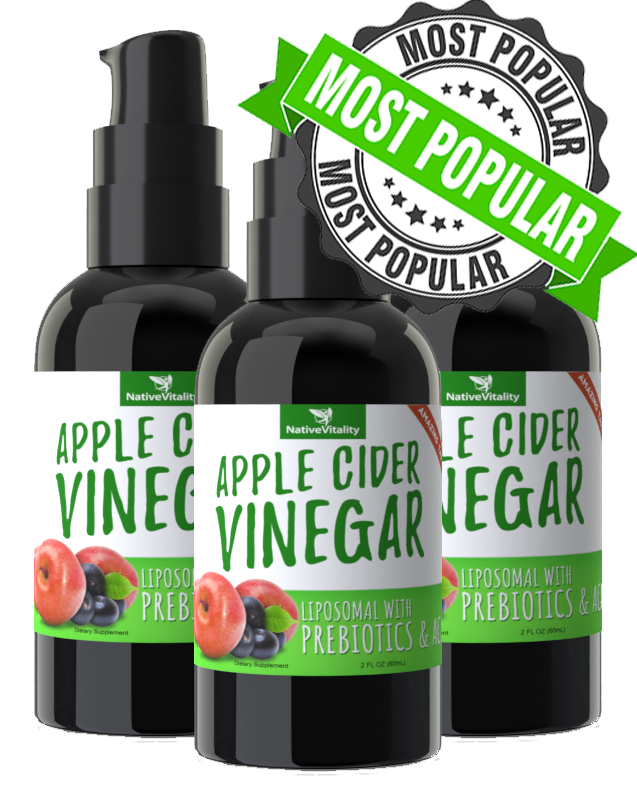 - Other Products -
Liposomal MACA
Our 100% Natural Liposomal Maca is consciously grown, harvested and handled. It comes from a private family-farm located high in the Andes Mountains of Peru who have cultivated this Incan Superfood over the last century.
Our farmers own and manage their lands and are committed to organic farming and to producing the highest quality maca available anywhere in the world.
Paleo & Keto Approved, NON-GMO, Vegan, Gluten Free. 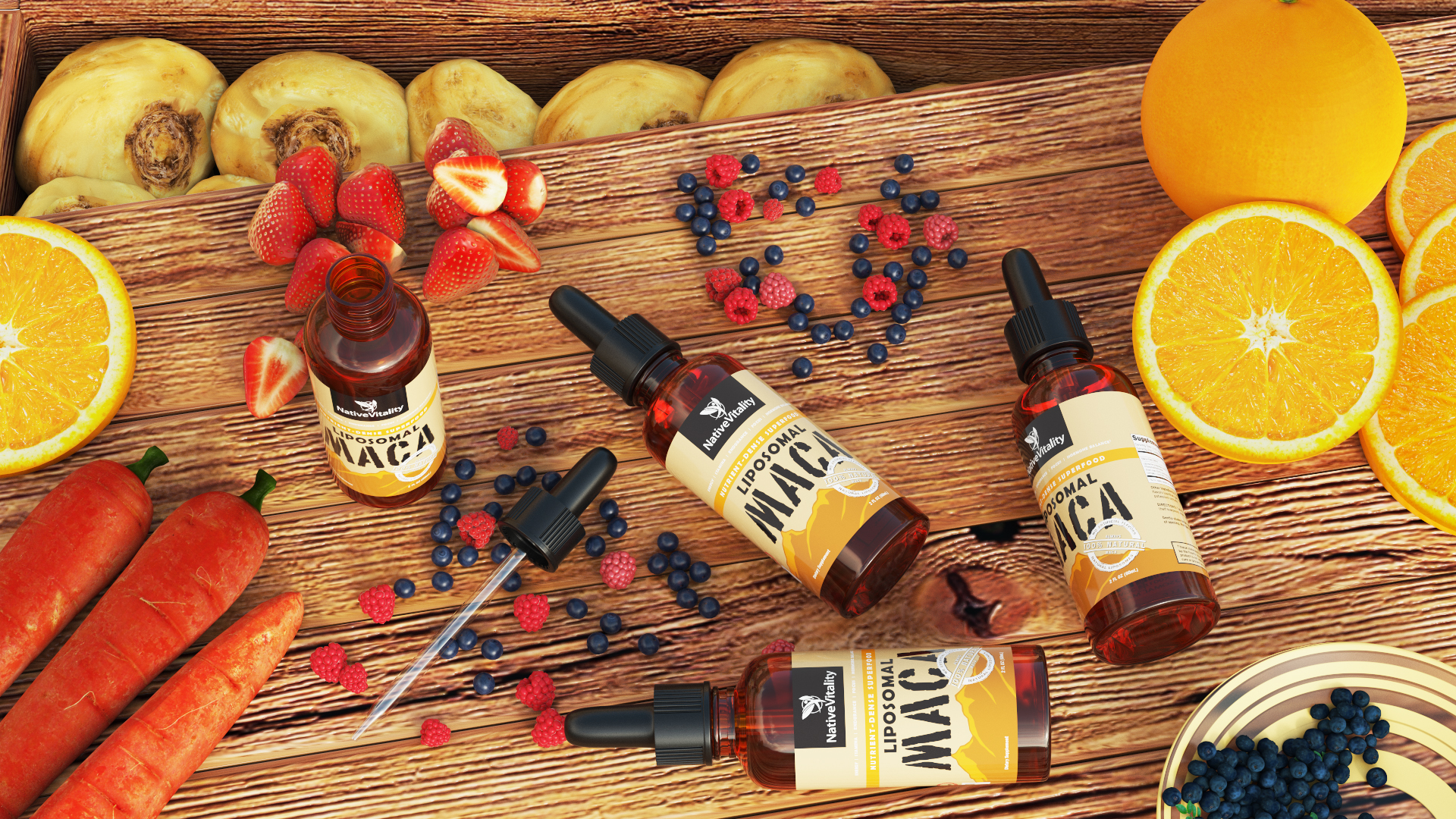 Buy Maca on Amazon.com
Revitalizing Healing Clay
✔︎ SUPER SOFT, CLEAR SKIN: No matter your skin type (Normal, Dry, Oily, Combination or Sensitive) It treats and fights acne, blackheads and other skin blemishes including liver spots and other signs of aging.
✔︎ CRAZY FAST RESULTS: Even after just a single use as a mask or another home remedy, you will imminently feel the difference. Super effective hair, skin and body detox.
✔︎ MORE THAN FACIAL MASKS: Our Organic Revitalizing Healing Clay goes way BEYOND just clay facial masks. It is great for body wraps, hair, cuts, bug bits, rashes and so much more! 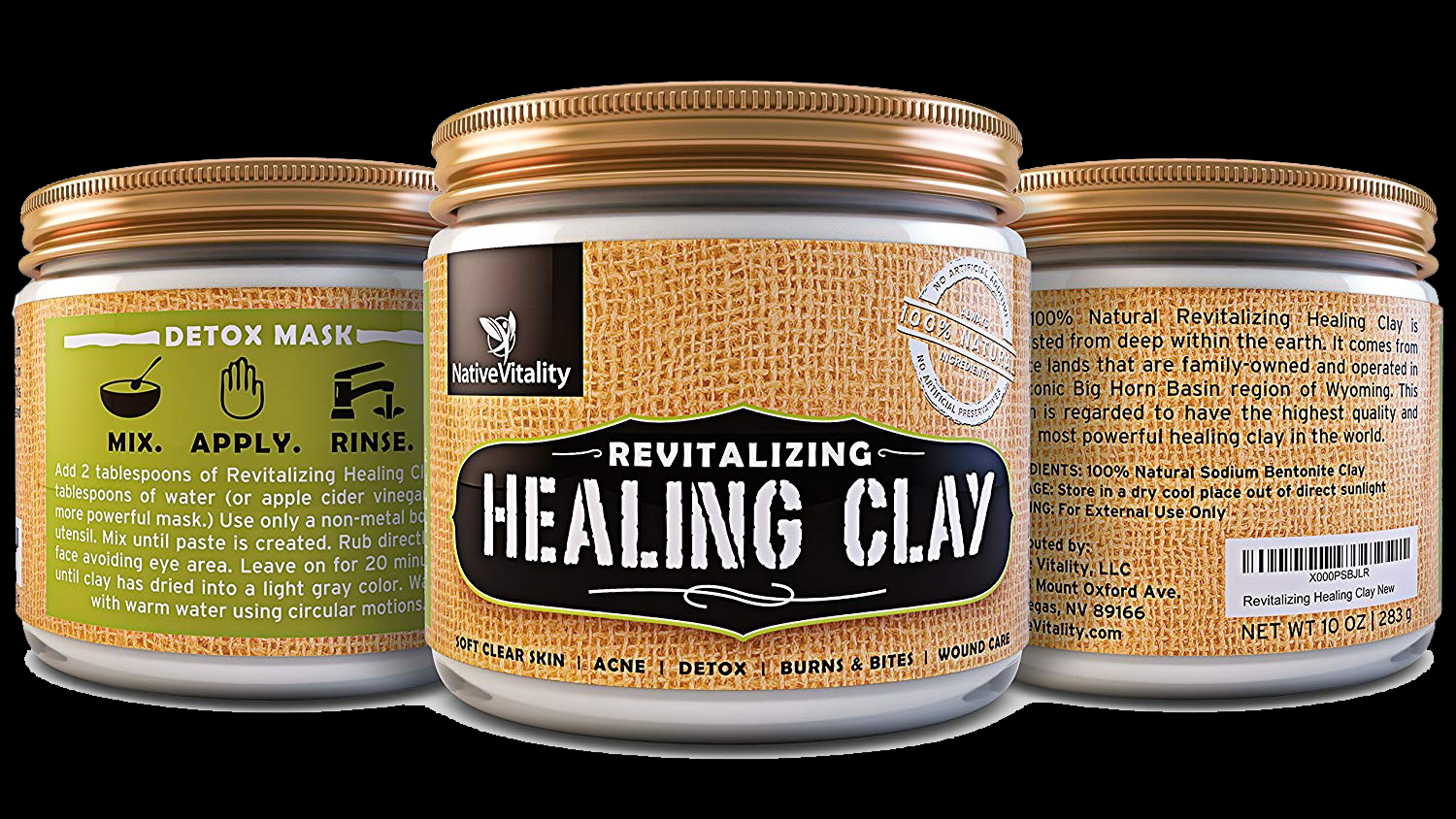 Returns
Contact
"Statements on this website have not been evaluated by the Food and Drug  Administration. Products are not intended to diagnose, treat, cure or prevent any  disease. Review all product warnings prior to use."
The information provided on this site is for informational purposes only and is not intended as a substitute for advice from your physician or other health care professional or any information contained on or in any product label or packaging. You should not use the information on this site for diagnosis or treatment of any health problem or for prescription of any medication or other treatment. The author has not engaged in rendering medical or similar professional services or advice via this website or in the product, and the information provided is not intended to replace medical advice offered by a physician or other licensed healthcare provider. Always consult with a healthcare professional before starting any diet, exercise or supplementation program, before taking any medication, or if you have or suspect you might have a health problem. You should not stop taking any medication without first consulting your physician. Results featured on this web site are atypical. As individuals differ, so will results. Always check with your doctor for risks associated with dietary supplements and your specific health conditions and/or allergies.
References:
1. https://www.doctoroz.com/episode/apple-cider-vinegar-detox
2. https://draxe.com/prebiotics/
3: https://www.ncbi.nlm.nih.gov/pmc/articles/PMC5066013/
4. https://www.prohealth.com/library/liposomes-deliver-optimal-nutrient-absorption-13202
5. https://www.researchgate.net/profile/Hamid_Sharif_Nia/publication/260311324_Influence_of_apple_cider_vinegar_on_blood_lipids/links/00b7d530bb6f074e4b000000.pdf
6. http://care.diabetesjournals.org/content/27/1/281
7. http://www.naturallivingideas.com/drinking-apple-cider-vinegar-benefits/
Copyright © 2020 - Native Vitality LLC
CUSTOM JAVASCRIPT / HTML